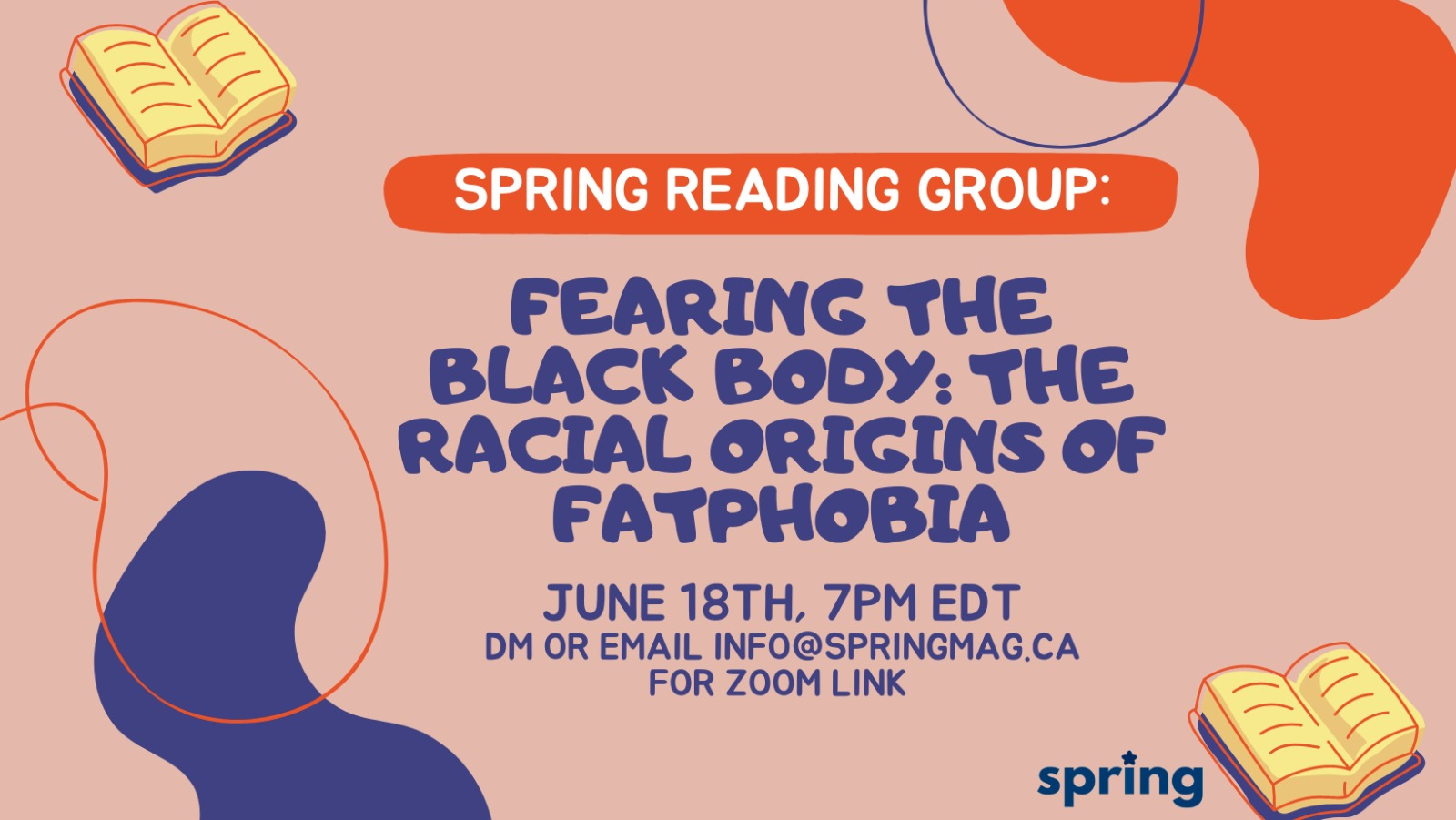 Spring is excited to announce the third session of our reading group for Sabrina String’s book, “Fearing the Black Body: The Racial Origins of Fatphobia.”

String argues that the contemporary ideal of slenderness is, at its very core, racialized and racist. Indeed, it was not until the early twentieth century, when racialized attitudes against fatness were already entrenched in the culture, that the medical establishment began its crusade against obesity. An important and original work, Fearing the Black Body argues convincingly that fatphobia isn’t about health at all, but rather a means of using the body to validate race, class, and gender prejudice.

As a socialists we hope to address the presence of fatphobia in leftist spaces and begin a conversation regarding fatphobia as a race, class, and gender issue.

At this session, we will be reviewing and discussing Part 3.

Email Spring at info@springmag.ca for the Zoom link and/or if you have any other questions.