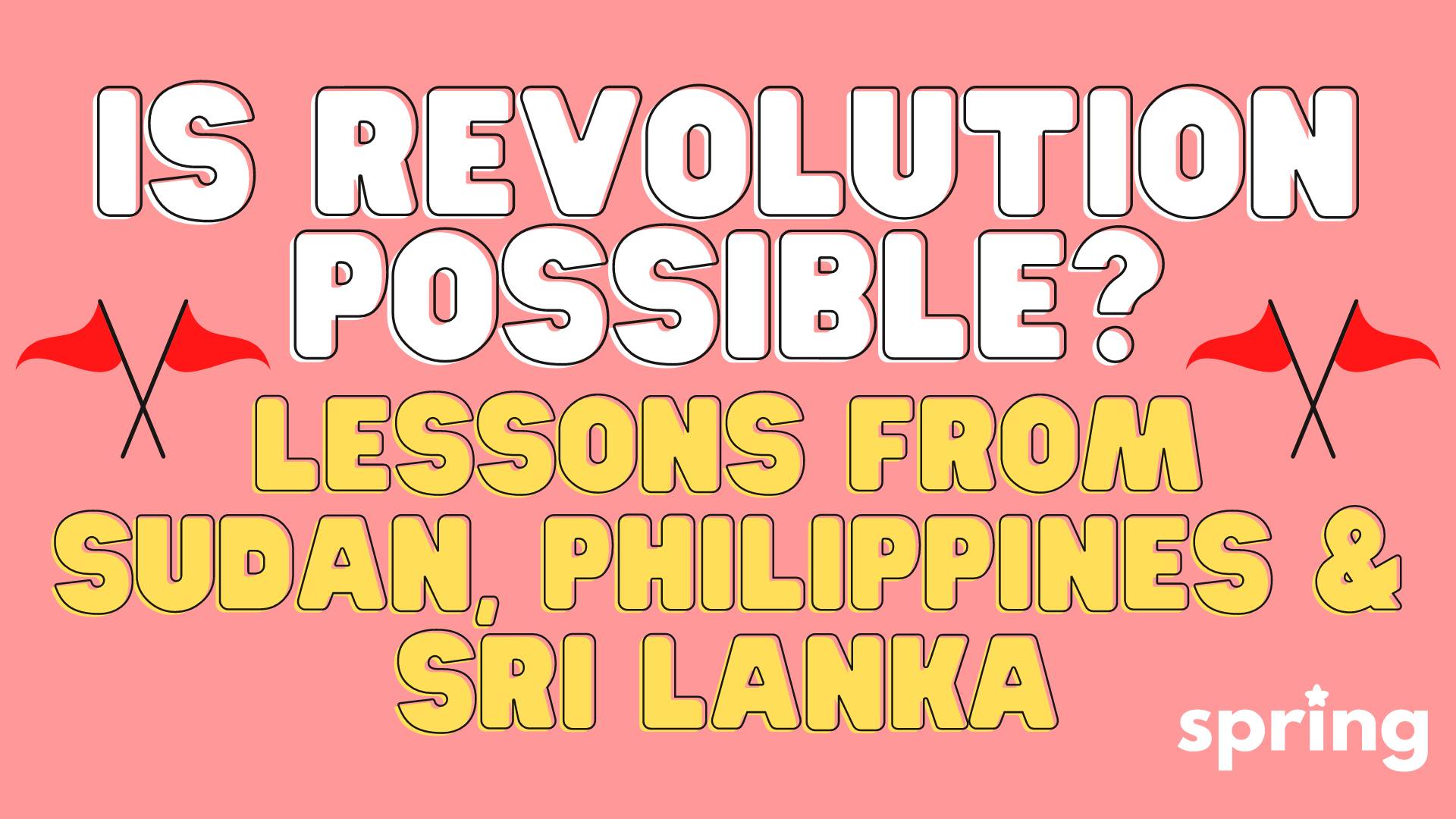 Revolution seems to be on the horizon after popular uprisings in Sudan, the return of the Marco dynasty in the Philippines, and tens of thousands of people taking over the streets in Sri Lanka. Massive hikes in inflation, unemployment, and fuel shortages mark the immediate crisis of capitalism in these countries as people struggle against starvation and political repression. Protestors endure repression through surveillance, imprisonment, and extrajudicial killings.

Decades of neoliberal reform, ushered in by ruling elites, have led to massive cuts in education and healthcare and the deepened poverty of farmers, labourers, and students across the Global South. But the story doesn’t end there. Regular people fight back and build movements for their liberation.

What are the prospects for revolution in Sudan, the Philippines, and Sri Lanka? How do we build a united struggle? What role do global imperialist powers play in propping up repressive regimes? And what lessons can we learn from these global struggles as we build the strength of our movements here?

Join us on Saturday, August 6 at 12:00pm EDT for a discussion with activists involved in the global struggle against capitalism, imperialism, and oppression.

This session, a part of the Spring Socialist Network’s summer convention, is open to the public.

Email info@springmag.ca for the Zoom link.