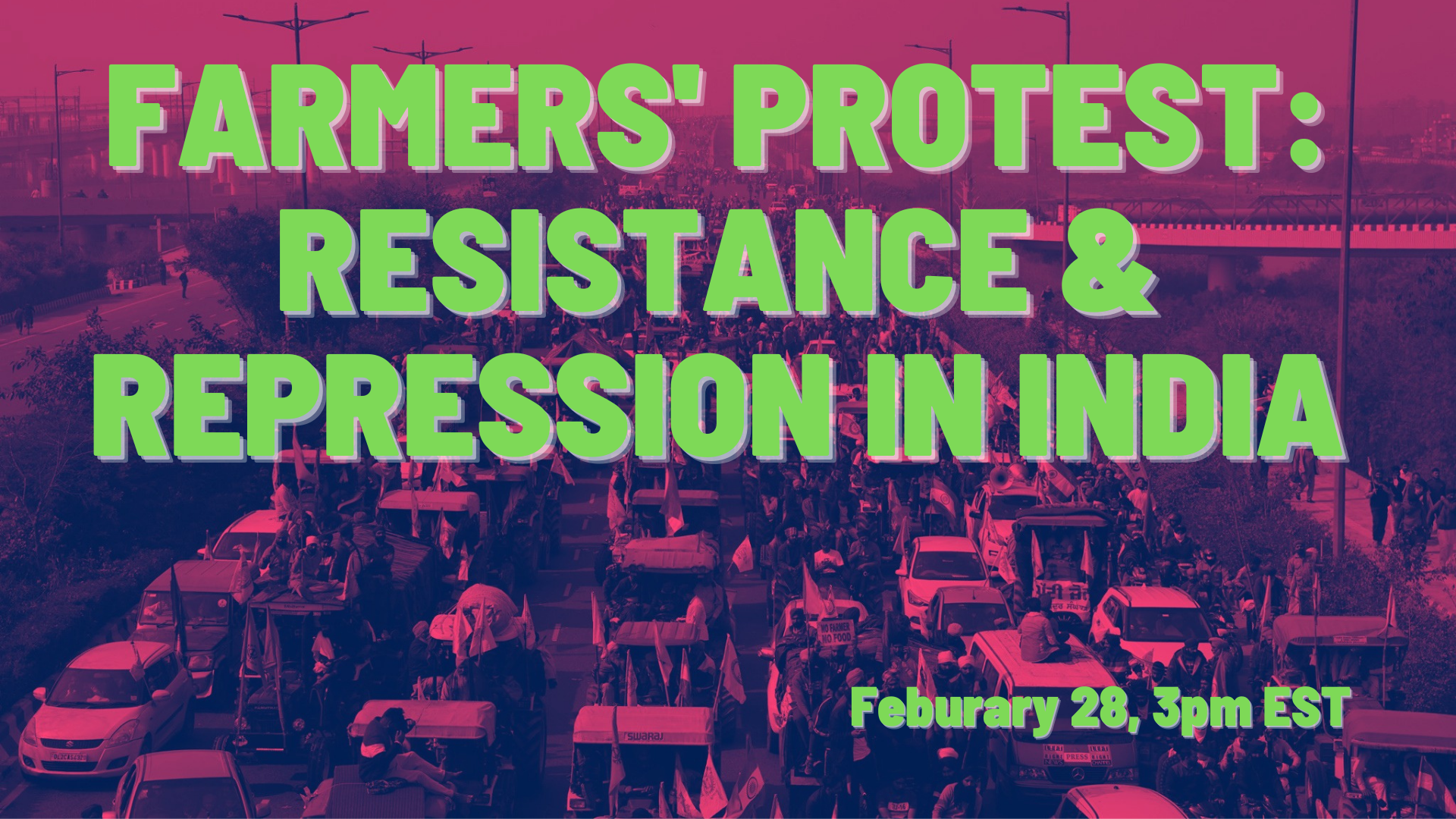 Millions of people have been moved into action as farmers in India resist the far right BJP government of Narendra Modi. Last year, Modi pushed through 3 agricultural laws that will further impoverish India’s farmers and farming communities.

The laws remove the minimum price farmers receive for their crops, remove the requirement of state support for farming communities, and further shift the balance of power away from farmers to big corporations and tech firms.

Join us for this group discussion as we draw inspiration from the mass movement, assess the political terrain, and share lessons.

-Navi Aujla is a leader in the Fight for $15 and Fairness and a community organizer based in Brampton.
-Sarah Nafisa Shahid is a freelance writer based in Toronto, mainly writing about film, culture, and art with a particular interest in the political and social implications of visual media.
-Garry Sran is an Economist and a Senior Research Advisor at the Alberta Union of Provincial Employees. He lives in Edmonton.

Click here to register to attend the meeting on Zoom