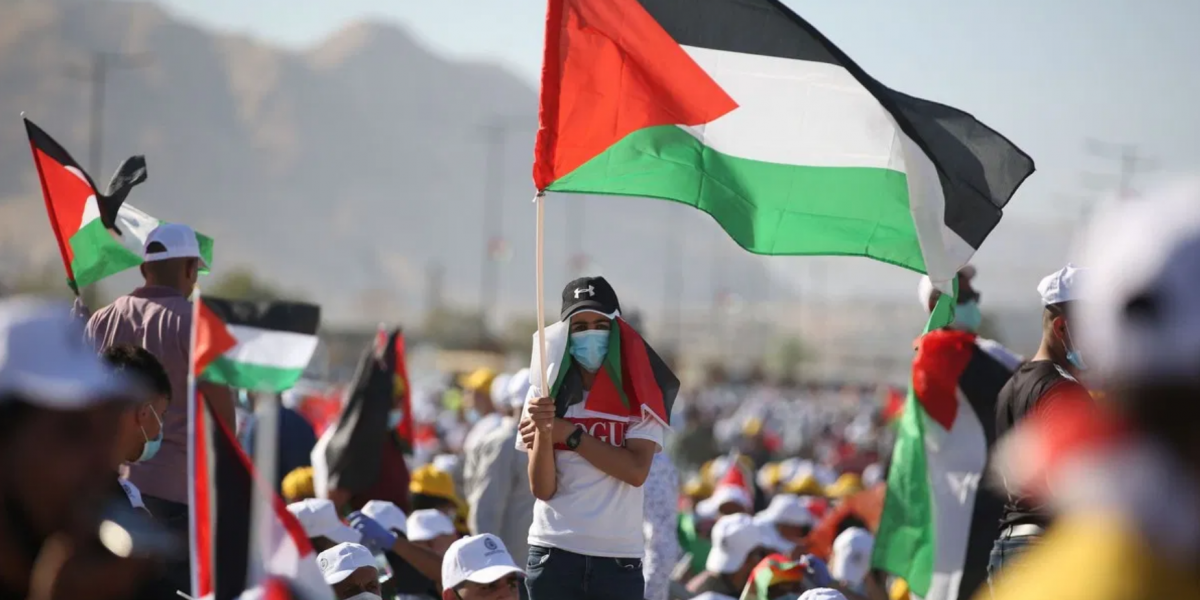 As we approach the impending Israeli annexation of one third of the West Bank, it is important to recognize and understand what annexation really means for the Palestinian community globally. On July 1, Israel had planned to begin annexing one third of the occupied West Bank, including the Jordan Valley, a fertile strip of land that connects the West Bank to Jordan. While this move had been officially announced in January, with the support of the Trump administration, this move is simply a symptom of a broader, long-term settler-colonial strategy–and it is one that has been in the works for nearly a decade now. Naturally, this move is illegal under international law, which Israel has always historically defied with impunity.

As Palestinians, and as supporters of Palestine, we cannot make the mistake of fixating on annexation as a singular issue: annexation is not only about the 1,236-km piece of land, it is about the ongoing process of settler colonialism, of which annexation is a singular tactic. This process of dispossession is not new in any way; the nature of this move is one that is incredibly consistent with Israel’s settler-colonial project. Concern about annexation is valid and imperative, but we cannot allow ourselves to overlook the fact that this move is the result of years of occupation, apartheid, and dispossession, as well as decades of discriminatory, colonial, and racist laws and policies. From before the Nakba to this day, the Zionist project, later known as “Israel,” has always been transparent about its goal: land and resource theft, through ethnic cleansing, blockades, mass killings, and military occupation, all at the cost of Indigenous Palestinian lives, lands, and homes.

To Palestinians, annexation signifies a major shift in the nature of the Palestinian struggle. It signifies the point of no return: formal annexation will result in the death of a two-state solution as it moves towards an “Israeli One-State.” What remains of the West Bank and East Jerusalem will be isolated, divided, and encompassed by an expanding Israeli border. For Palestinians, living in occupied Palestine, the creation of an “Israeli One-State” will result in loss of rights and discriminatory practices in the way Palestinians are able to live–but it might also allow for the struggle for Palestinian liberation to be fought from within the borders of Israel, potentially providing an intermediate stage to a true one-state solution. This stage of the struggle for Palestinian liberation has the potential to resemble the Civil Rights Movement led by Black communities in North America.

This possibility, compounded by the potential dissolution of the Palestinian Authority, will forefront the question of leadership to the Palestinian people in the homeland and diaspora: “who will now represent us and our struggle?”

Unfortunately, there are no pre-emptive assurances or accurate predictions: only after the current status of Palestinian leadership has become obsolete will we be able to discover the answer to such an important question. While we need also to understand the history and progression of our older leadership, institutions, and infrastructure, our new leadership in the homeland and exile cannot simply be a reformation of the past: another Palestinian National Authority or another Palestine Liberation Organization (PLO).

All this serves as a harsh reminder that Israel will only continue to employ more settler-colonial tactics, both legally and illegally. Israel will only continue to dispossess more Palestinians and take more land, there will be more annexation to come. Our reactions as a movement should not–and cannot–be reactive, sporadic, or short-lived. Any forms of “instant-coffee” organizing will amount to nothing in the grand scheme of liberation.

This moment is a turning point: it serves as an opportunity for the Palestinian youth in the diaspora to re-define what Palestinian liberation means to us and how we can work to achieve it. Now, more than ever, there will have to be a push for Palestinian leadership that represents us in exile, and for organizations and institutions that work in synchrony with how we imagine our future Palestine. This serves as an opportunity to re-imagine the strategies and tactics we employ as we fight for our liberation in a sustainable and intersectional way.

For solidarity organizers, this serves as an opportunity to truly listen to Palestinian organizers, and empower, support, and uplift our work.

Our rage is not specific to the Palestinian community, either. From the fight for Indigenous sovereignty on Turtle Island to the Black Liberation Movement to the Tamil struggle for liberation, our rage is echoed amongst all of our communities and our common fight for justice.

United in our rage, we will have the ability to re-imagine a new world: a world free of White Supremacy and settler colonialism, a world free of the prison industrial complex and police, a world free of state violence against marginalized bodies. A world where our communities are able to exist, thrive, experience joy, and protect one another.

So, to all our fellow Palestinians: it is time. It is our time to unite, it is our time to be enraged, and it is our time to vocalize our rejection of the Zionist project of “Israel.” To all of our allied communities: join us in our rage. Let us unite our struggles and our anger. Let us work towards our collective liberation, hand in hand. A singular day of rage will not liberate us, but it has the capacity to unite us. It is all of us or none of us, and together, we will win.

Spring encourages readers to join the Day of Rage: No to Annexation rally in Toronto on Saturday, July 4 from 3:00 p.m. to 5:00 p.m. at the northeast corner of Yonge Street and Bloor Street East, the location of the Consulate General of Israel.